My last two tournaments of the year have come and gone and I’m now back
home for the year. I had mixed results, the first was a FLW Open at
Lake Champlain where I fished as a Non Boater.

I pre fished 5 days with Fred Roumbanis and it could not have gone any
better. We found big schools of smallmouth bass and they were smashing
Jackall TN 70s. It was awesome fun and was similar to fishing back here
so I was super confident going into the tournament.

The pre fish weather was around 35 degrees and not a great deal of wind – T-shirt and shorts, perfect weather. On the last night before the tournament we heard there might be a cold front heading our way but we didn’t take a lot of notice. I should have! 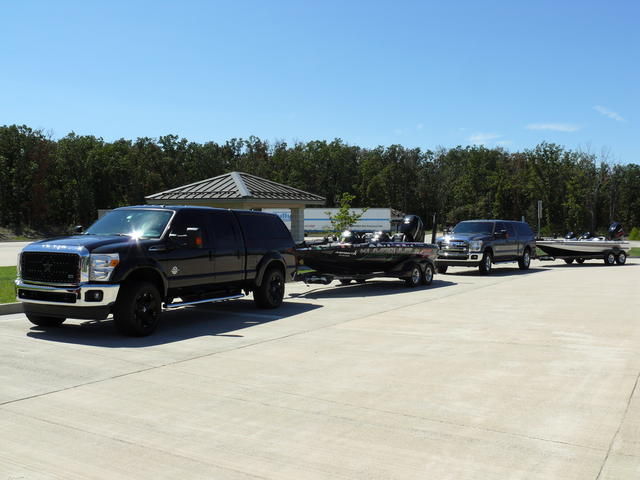 Long story short the temp dropped almost into the minuses the next morning and I got soaking wet from heavy rain before the sun had even looked like coming up. Then doing 70mph up the lake at daylight for 45min in super rough condition, I was in a bad way by our first spot! I couldn’t feel any part of my body and was shivering constantly as I tried to block it out and fish.

My boater was a great guy and he was the main sponsored angler for Kellogg’s Rice Crispy Treats. It didn’t take long and I hooked my first Smally, I was so cold I struggled to take a turn of the handle as I watched the fish jump 3 feet in the air on slack line and throw the lure. My next fish snapped me off which wasn’t a worry until I had to tie a new lure on. It was next to impossible, my fingers wouldn’t work, as I was attempting to tie a knot my boater caught a smallmouth and it took him a few minutes just to pick it up to put it in the live well. He was having the same trouble and kept saying, “Fisherman are damn crazy!” It was one of the worst days I’d ever experienced on the water, Fred picked me up from the ramp after the session and reckons my face was almost purple. 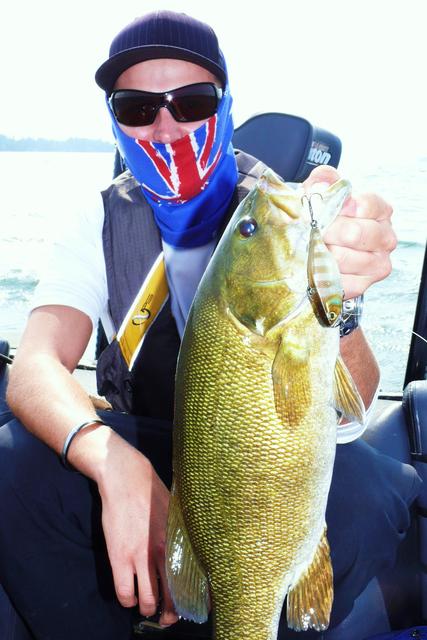 The next day was a little different, weather fined up and we caught a heap of largemouth flipping into one foot of water. It was a good end to my Lake Champlain experience.

Next day I was on the road heading to Lake Oneida for my final tournament of the year, it was a BASS Open I was fishing as a Pro and it was the last chance for anglers to make the Bassmaster Classic so the competition was super tough. Half the field were locals and the other were Elite Pros several of them were former Classic champions and others have won over a Million dollars in tournament earnings.

The 135 boat field would be the toughest I’d fished against. The pre fish was great after doing so much fishing every day and after taking everything on board that I had learned over the year, I’d started to put it all together and fish smart. You have to be in tournament mode and make every decision count. Out there on the water I was fishing a shallow hump and Mike Iaconelli stopped close and sounded around me. It was a crazy feeling as I’ve read his biography and I’ve followed him from a young age and his success has been a huge influence in my career. Now to be fishing against him in America was a surreal feeling.

I had a great tournament. Every fish I hooked stuck and after day 2 I was in 18th position and only four ounces from making the Top 12 cut which gets to fish the 3rd day. When I weighed my fish there were only 30 anglers left to weigh in and I went from 50th to 8th and then came half hour of very tense moments as I watched myself drop slowly to 18th by only ounces. 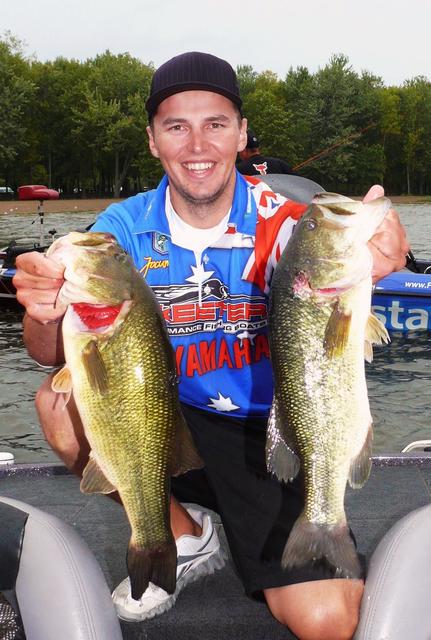 I was so close to really making it happen, were I went wrong was I played it safe on the first day and went for the smallmouth bass straight up were I should have went for the bigger largemouth first. Its tiny decisions like that, that can cost you a lot of places.

The Smallmouth fishing was the best I’d had, I was slow rolling a 3/4ounce BassmanSpinnerbait down the face of the thick weed and they were smashing it. I was super pumped with my result I’d came from 50th on the first day to 18th and was only ounces from giving it a real shot. It was a great confidence booster for me before having to head home.

Next morning I was on the road at 6am and drove solo 18hours straight, slept a few hours in the truck at a Pilot Service Station and finished the drive the next day. I had to be back at Fred’s to pack and fly out the next day.

It’s been a crazy year, but one of the best I’ve had and an adventure I’ll never forget. It’s taken the whole year to start to be really competitive. The main reason is that on the West Coast its all clear rocky lakes and a lot of my Techniques work really well. But once I went East almost everything I know went out the door and I had to start from scratch and learn everything from the start, so it’s taken all this year to learn as much as I can and then to combine my way with everything I’ve learnt, I think could be deadly.

Being back home has been great to catch up with everyone and look forward to doing some fishing and I’ll be back at Fish n Bits as well.

But most of all my efforts will be put into getting back to the States next year to give it a real shot. I’m currently working on a Sporting Visa, so I can stay for the whole season next year without having to fly home every 3 months. To really give myself the best chance of making it, I need to fish all 9 of the BASS Opens and the 4 FLW Opens. The problem is the entry fees to fish these run into about 30K so I’m looking to find a title sponsor to help me out and wrap the truck and boat!

If it doesn’t happen ill be able to give it another 3 months and hope for some early success. The first Open is in late January down in Florida. I’ve got a few big months ahead of me, my drive to get back there is bigger than it’s ever been I feel great about it and just hope to get the opportunity to give it a go next year. I’ll keep everyone up to date with how I’m going and let you know my progress.

Until then.
Fish Hard
Carl Jocumsen