Since writing my last blog more has happened than I could ever believe
– good and bad. It’s been a rollercoaster ride. I honestly don’t think
I could write it all down in one blog and give you the full picture but
I’ll try.

The Lake Table Rock Open was cancelled due to so much rain fall, so
after nearly two weeks there I set off to find my way to see my first
Elite event at West Point Lake in LaGrange, Georgia. On my way down I
had to drive through a hit area from a recent Tornado. It was mind
boggling to see the destruction that these things do and 10 meters away
can be a house with not a leaf off a tree. It made me a little uneasy
that I was in the heart of where these things hit and didn’t really
know what to do if one came my way…

After a long drive I found my way to the weigh in on the first day of the Elites. It was insane – thousands of people, police directing cars and the atmosphere was awesome just for the first day weigh in. I knew then (since heading East) I’d hit bass fishing heaven.

After the weigh in I caught up with Fred and Julie Roumbanis. Fred is an Elite Pro and I was lucky enough to fish with him at the U.S Open in 09. Fred looked at me like I was crazy and said, “what the hell are you doing here and how did you get here.” 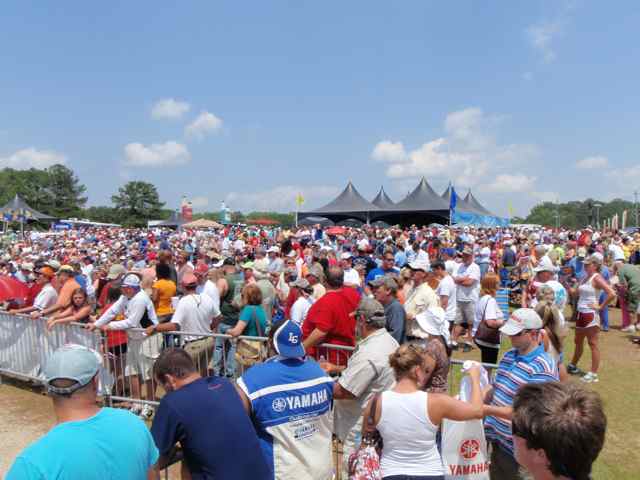 We left West Point and headed for the next Elite at Lake Murray in South Carolina where I was a Marshall for the event. This was a great way to learn I got to see three different pros fish over the four day tournament. Then, after it was all done I stayed for a few days and fished – trying some of their ways and putting my swing on things. It’s a learning curve that’s hard to beat. 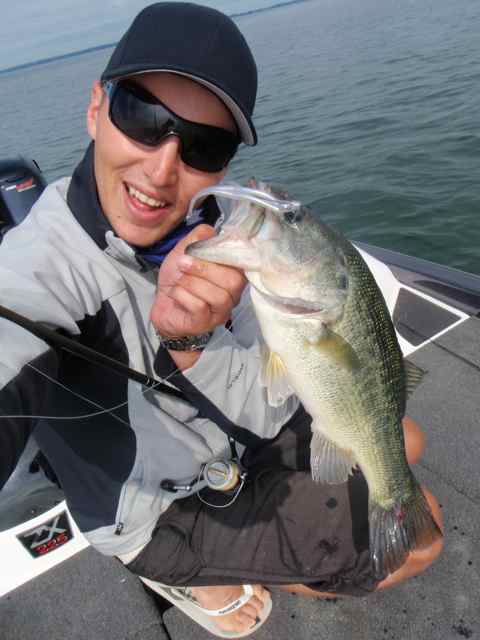 Also Fred was leading after the second day and it was cool to see him in the lead for $100 grand. Unfortunately he dropped back to 12th , which is still unreal out of the top 100 guys in the world. He is having a stellar year and is in contention for BASS Elite Angler of the Year.

After Lake Murray Fred and Julie invited me back to their house in Oklahoma. Fred said we would fish every day, so it didn’t take much convincing. And he was right we were on the water almost every day at a different Lake, I learnt more in that few weeks than I could have imagined. Fred is one of the best fisherman I have been lucky enough to fish with and I feel very fortunate for him to be passing some of his knowledge down to me. He sees how bad I want this and the passion I have for the sport. We share the same passion and he wants to see me make the Elites.

I have now changed my schedule, I’m going to be fishing all the Northern Opens as a Pro, if I can make the top 10 in Angler of the Year for those three, I will get an invite to fish the Elites next year! This is a big move and big risk I think it could make or break me but I have the chance and I know I’m ready so I’m going to have a go!

During my stay we were extremely lucky not to be hit by tornados three days in a row,  the first day we were in Joplin,MO, 45 minutes earlier before that big one hit, so that was a big scare. The next afternoon we were heading home from a big day on the water only to see we are driving straight into a wall cloud which looked like a tornado could form any second, was one of the most tense times of my life I was truly worried! We held it flat and were lucky that one did not form right then.

So I wake up the next morning only to see on the news that Oklahoma is about to be hit that afternoon by the worst tornado outbreak in history. My stomach sank and after talking among ourselves we decided to stay at the house and ride it out. At 3pm all cars had to be off the road and businesses closed.

We prepared for the worst as I called some people back home to wish me luck. We had supplies in the bath tub and made a plan what we would do if it hits. We waited outside as the news said we were about to be hit in the next 15 minutes and sure enough we watched as two formed – one straight ahead and one to our right. Everyone on the street scrambled for their homes and we grabbed a mattress from upstairs and rammed it in the bathroom and waited. We were super lucky as they did not touch down and everything was spared! 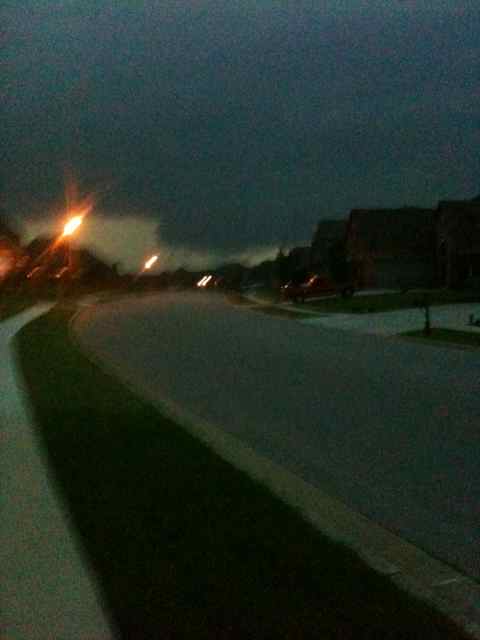 After that I headed East again to Lake Douglas, Tennessee to fish my first BASS Open as a Non Boater. As I arrived, I’d clicked just over 8000 miles in the past two months in my truck. I’d gone from one side of the county to the other and everywhere in-between and I now feel confident I can find my way around the U.S.

After Gary Boyd and I spent a few days pre fishing Douglas we had found some great patterns and went into the tournament feeling pretty good. I had found some good fish on steep rock walls hopping a Bassman Mumbler down the face of the rock. The fish had not seen this before and everyone we hit we caught fish off and I couldn’t wait for the first day.

My Pro fished deep water for most of the day and I struggled to put a fish in the well but on our way back he asked if I wanted to fish somewhere. I pointed to a rock wall and said I just want 20 minutes. Well, that was about it and Id put 9 1/2 pounds in the boat for my 3-fish limit.

Back at the weigh in I was super surprised that I was in the lead right then but had a sick fish penalty of a pound but was still leading with 8 ½ pounds! When I walked off the stage I was blown away as I was greeted by a heap of reporters all asking questions at the same time. They wanted to know everything I was up to and what I was doing in the U.S and I was lucky to get an article on their web site Bassmaster.com.

That night I was super pumped – I’d dropped back to 3rd but felt I had a great chance of winning this one. But, the second day someone turned off the switch, it just didn’t happen everything I hooked fell off and I just didn’t get the bites to make up the ground. Not having the experience and confidence on these lakes hurts me when the fish change. I know something’s wrong and I need to adjust but putting something down that got me there is hard to do.

I’m learning each time this happens and I am learning to trust my gut feel like I did back in Australia. As disappointing as it was, I’ve just got to take it on the chin. Dealing with the highs and lows of this sport is one of the hardest things, and its all amplified over here so I have to be careful not to let it get to me – take the positives out of it and move on to the next one.

I’ve headed further East to pre fish the James River for when I return in July to fish as a Pro. This one is going to test me – it’s a maze with tidal influence, I used a tank of fuel today and we probably saw just over half of it. I have one more day here then I’m heading back to watch the last two Elites.

My Schedule from now on gets a little hectic, I’m leaving my truck and boat in Oklahoma, flying to LA and then home, as my three month Visa is up. I have 4 days at home then back to LA then to Oklahoma jumping in my truck to drive two days to fish the James River. I finish there and drive from Virginia to Lake Mead in Nevada on the other side of the country to have time to pre fish and fish the U.S Open. Its going be wild but I can’t wait.
Fish hard
Carl Jocumsen