Well, a lot has happened over the past few weeks since my first Blog
and time is just flying as I’m really starting to take in and enjoy
every minute of this awesome adventure!
At the start of the month I flew home for 4 very short days and crammed
in as much as I could and before I knew it, I was back on the plane
landing in LA. It was a much-needed visit home and I’ve returned with a
better outlook and more confident in a lot of ways after a pretty tough
first three months.

Once I landed I spent a few days recovering and setting the back of my truck up to sleep in (now that I have a canopy on it), then I hooked the boat up and was on my way up to fish a Won Bass Tournament on the California Delta as a Non Boater.
This place is huge and it was like fishing in a maze of water. I was lucky enough to have four pre-fish days on the water with Bass Pro John Morrow. He had not fished the Delta in 10 years so it was another big learning curve as I got to work with him and watch him as we tried to break down a pattern on this massive fishery. 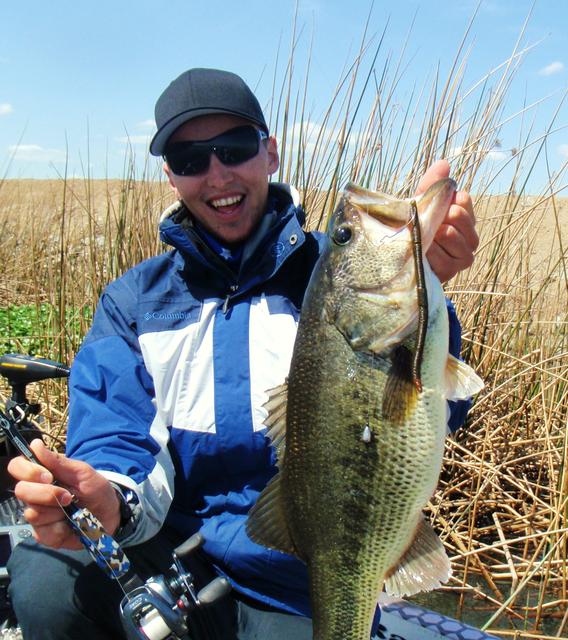 It was an incredible place as it has tidal influence as well. A long way from the ocean, it was unreal to have seals swimming around the boat looking for a feed as well we saw otters and Canadian geese. It was a wildlife paradise.
We had a few good days fishing and a few tough ones, I caught my PB Bass just shy of 7 pounds during a great few days leading into the tournament.  For me it was an information overload as I had those prefish days with John, plus I drew two locals as my boaters. Even though their areas didn’t produce the winning fish for us, it was great to see how they attacked a huge water way and will be very beneficial for me in future tournaments.
I caught all my fish flipping a Senko (which I hadn’t done before) into the reeds when the tide was up. A Senko is a weighted worm whish pulses as it sinks and it seems to drive the bass crazy, then as the wind increased I caught the better ones on my Bassman spinnerbaits burning them through the reeds and deep weed lines – my kind of fishing and it was awesome.
My Boater on the second day did a huge run first up and it didn’t pay off – we had five little ones for about six pounds and it was 1 o’clock. The session finished at 3.15. So we were not looking good until he says, “ I know where to get them.”
It was at the opposite end of the Delta. We had to find a fuel station on the water, fill up and run into strong winds into some wild water and after what I thought was a awesome boat ride (some might not agree) we caught 17 pounds and were back in time to weigh them in, what a day! Although I only ended up in 19th position I was happy with what I’d taken in and learned.
I left there early Monday morning and have been driving ever since. I’m flying solo at the moment for the first time and it feels pretty cool to be on the road heading to a place I’ve never seen before not really knowing what to expect. I’m just excited and feel very lucky to have the opportunity to chase my dream and to have this amazing experience.
I’m on the road heading for my first B.A.S.S Open Tournament at Lake Table Rock in Missouri. This will be my first BIG US Tournament; they generally draw over 160 boats. First place Boater gets a 55K boat motor package and around 10 grand plus a 2012 Bassmaster Classic Berth and they pay down to 40th Non Boater winner is a 35k boat-motor Package. I entered this one as a Boater but I’m a little disappointed as they have had some Non-Boaters drop out and it looks like I’m going to have to fish as a Non-Boater now, which is ok as it will be good to see how BASS operates. And some of the Elite Pros will be fishing so there’s a chance of a good draw. It’s also not shared weight so whatever I catch is mine to weigh in. But the down side is the Pro might not be as likely to help you out like the shared weight tournaments… 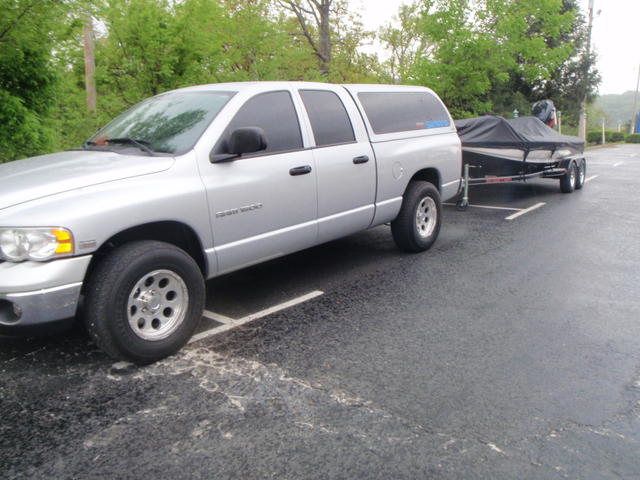 On Monday I drove through California from San Francisco to Havasu city then left early and crossed Arizona and most of New Mexico and stopped at a little town called Tucumcari in New Mexico. I was pretty buggered and stopped short of this town and was ready to find somewhere to sleep but as I drove through there all it had was a burnt down fuel station a Budget Inn with no one there and three tumbleweeds, and I was in the middle of nowhere so I got out of there pretty quick.
Today I drove through Texas, Oklahoma and then arrived in Branson, Missouri. I’ve found a cheap place to stay near the lake – sleeping in the truck sounded good until I heard severe storm and flash flood warnings over the radio. A big storm is hitting as I write this and I have to keep a close eye on the weather as they are coming into their tornado season. Hope to see the weather clear tomorrow and I’ll have five days pre fishing this giant lake so hopefully I can get a plan going for the tournament next weekend.

It’s so big I need two fishing licences as it crosses into two States from Missouri into Arkansas. I’ll keep you posted with how my pre-fish goes and how I’m feeling going into the tournament. Right now I’m super excited. Until then…. fish hard!
Cheers Carl Jocumsen